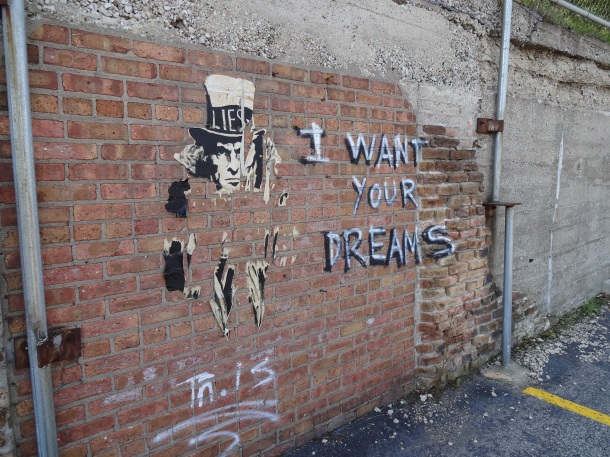 He took out a twenty and two ones, no tip, and held it away from me between his fingers. “Give me my knife back first.”

I looked at the girl. She was a fairy, as innocent as a small bird. She stood at the doorway and mouthed the word no.

He waited next to my window. Who was I to stand in his way? He’d come from hell for a visit breathing fire and, like her, I needed the money. I returned his knife and saw the disappointment in the girl’s eyes. She shook her head why, as if Superman had let her down. She had me confused with someone else. Just then the earth gave us a moment and stopped, but neither of us took the opportunity to get off, so I drove away knowing her eyes would haunt me forever.

I thought about her all night long. I must have downed seven or eight beers before the night was over. It wasn’t enough. I was still visible to the world and it wouldn’t leave me alone. How do you escape when no matter what you do you can’t escape yourself, when the eyes of another find yours and without even knowing it plead for help? The population of fairies would never forgive me if I didn’t change my ways. In the morning I flipped on the news, just a typical shooting and a fire and more on the continuing heat wave, no kids stabbed in a motel.

4 thoughts on “Scene of the Day – Story Excerpt”